Lucknow is one of the most elegant cities in India. Located in the north Indian state of Uttar Pradesh, Lucknow draws lakhs of tourists every year. The newer part of the city is one of the best-planned cities in India. The city is known for its nawabs, the kings who ruled the state, and for kebabs, the delectable preparation of meat. In this article, we would recommend to you the places to visit in Lucknow. We hope the sheer history of the place would entice you to visit it on your next getaway.

Bara Imambara is also known as Asfi Imambara, after the Nawab who constructed it. The monument is an enigma, to say the least. It is probably the grandest structure on the face of the earth that is unsupported by beams. Further, neither wood nor any metal has been used in the construction of the monument. Apart from the beautiful, intricate architecture, the major tourist attraction is the Bhool Bhoolaiya. This structure is a maze that is installed in the upper story of the monument. It is said that there are more than a thousand pathways to enter the maze. However, there are only two ways to escape. The monument is also a center of the congregation during festivals like Muharram. The monument is a seat of the cultural plurality that India boasts of.

Darwaza is the Urdu word for ‘door’, and this majestic structure is among the places to visit in Lucknow. The overall architecture has a Turkish bent because it was modeled on the Bab-i-Humayun. The intricate structure divides the old and new Lucknow. While the former showcases the traditional aspect of the place, the latter represents rampant modernization. The beautiful portal is a gift of the people of Lucknow to the Nawab, Asaf-ud-Daula, who steered them out of famine. At present, the structure stands witness to the bustle on either side of the city. Although somewhat marred by the everyday grub of emission, the structure still smells of the old glory.

Hazratganj market is an essential visit for travellers in that it embodies the past within the present. You will still find the Romanesque arches that form the gateway to the bazaar, but the adjacent building is inevitably a stylish resort. This coexistence gets more fascinating as you start discovering the stories behind the old names of the buildings. It feels like you are unearthing a past through memory; a past that is now irretrievably lost. You may as well decide to stay at the resorts near the market. This would enable you access to the essentials during your stay at Lucknow. If you go by our travel tips, it would not take much time to reach the best places to visit in Lucknow from here.

Less than 4 km from the City Centre, the British Regency definitely makes it to your list of places to visit in Lucknow. Like the Bara Imambara and the Rumi Darwaza on this list, it was also built by Nawab Asaf-ud-Daula. Built and fortified for emergencies like war, the British used it effectively during the revolt of 1857. If you choose to visit this place, you will find the unmistakable basement that was used as a hideout. Used as a refugee infirmary, the Regency specifically immortalizes Sir John Inglis. The marble tablets inside also bear the names of the Indians who fought in the British force at that time. Although frayed by intruding shrubbery, the place is a genuine British relic.

Built-in 1921 by Nasiruddin Haider, the Lucknow zoo is surely among the places to visit in Lucknow. It houses thousands of animals from above hundreds of species. However, you need a video camera ticket to capture your memories of this place. You can find the rare Royal Bengal Tiger and the Himalayan Black Bear here, straight out of the Ruskin Bond stories you cherish!

These are some of our handpicked places for you. Do explore more as you visit this wonderful city. Be adventurous and do not be afraid to go out there on a solo trip! Trust us, there is nothing like exploring a lost era while giving yourself the time you need off work! 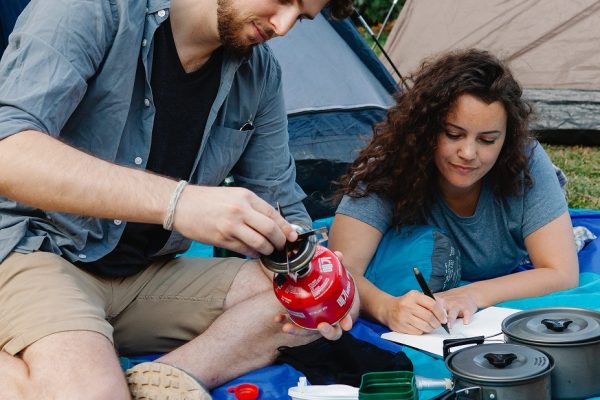